Kelly's Book 2.14: Detroit City is the Place to Be 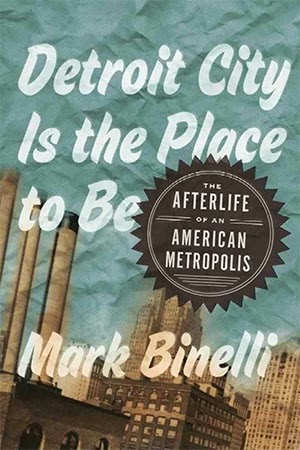 I'm still one post behind -- I have finished reading On Writing but I haven't written about it yet -- but I've just started this book, so I thought I would write the preview. I'm a wild woman, you know... I mix it up. (Also, maybe lazy... it's easier to write these preview posts than the re-caps.)

So far I have enjoyed some of the Detroit "insider knowledge" that makes me feel like an insider for already having it. For instance, Detroiters take a certain civic pride in knowing that there is, in fact, no place called "South Detroit" as referenced in Journey's song, "Don't Stop Believing." [2] (South Detroit? That would be Windsor.) And the term "party store" is explained in a footnote as "Our term for liquor stores in metropolitan Detroit" [23]. (I had not heard that term until I met Bill, but have since found that everyone here says it -- I always thought a "party store" was a place to buy buy streamers and balloons, but Detroiters know what *really* makes a party.) (Yup... It's booze.)

I have lived in the Detroit area for almost two years (time flies, eh?) and honestly have no idea how the city could pull itself out of its mess, but this author claims he's going to look beyond what's gone wrong (a common topic for books and articles) and shine a light on how the future could be better. I look forward to reading that. And, of course, I'll keep ya posted.

Jenny's book 2.14: A Problem From Hell: America and the Age of Genocide

A quick ToB X update before I talk about my February book. I'm feeling pretty good about my progress so far. I have read 10 so far and have started another, The People in the Trees. I am hoping to finish that and at least one of the longer ones before the official start of the tournament in March. I was making pretty good progress and moving a lot of the shorter books off the decks, but now I have several of the longer ones left. My grad school class has geared up, and I ended up doing a lot of work for that last week. Either way, not a bad place to be a few weeks before we even start. I'm happy. 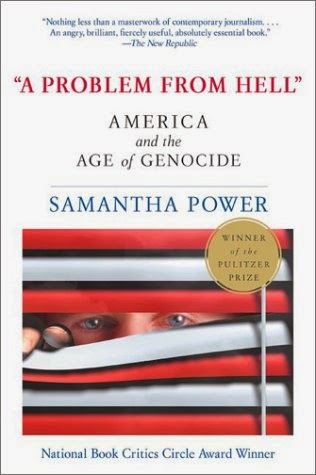 Of course, then I realized, I still have to make some time for my February book. It seemed like a good idea to have a non-fiction read for this month with all the other novels I've been working on, but I put less non-fiction titles on my list this year, too. They tend to be longer and more demanding, and I wanted to make sure I had a manageable list with all that's going on this year.

Here's where the serendipitous nature of the internet comes in. One of my old friends from California, Marjorie, retired from our school in Oakland and moved back to Michigan. At some point, we found each other on Facebook. I've been to see her once (it's on the way to your house, actually!) because it's right over the border into Michigan and only about 90 minutes away. Heck! I've driven 90 minutes and not left the Chicago city limits, why not take a quick jaunt to Michigan? I need to do that again one day. Anyways, Marjorie is a former history teacher and counselor. At one point, she posted a Goodreads list that said she wanted to list one of my TBR books, A Problem from Hell: America in the Age of Genocide by Samantha Power. My strange fascination with the terrible things people do to each other continues.

I asked Marjorie if now was a good time for her to read it, and now we're reading it together. We set up a reading schedule and will discuss it on Facebook every week. This is a good plan for me for a couple of reasons. Obviously, having a schedule and a time to talk about the books is appealing. It's a pretty manageable bite, about 125 pages a week for four weeks. More importantly, I think it will be great to talk about it with a history teacher. I bet she will have some illuminating ideas about the book and the historical context.

I'll get back to you on A Problem from Hell in early March, but if you want you can also read our discussion on FB as we go along. Originally, we talked about a Wednesday discussion day, but we are a little late this week and so my first post just went live this morning.