Tomorrow is the big day! I have finished 12 of the 17, which isn't so bad. I also spent some time today filling out my brackets, mostly to enter into Kerry's ToB pool over at his blog, Hungry like the Woolf. 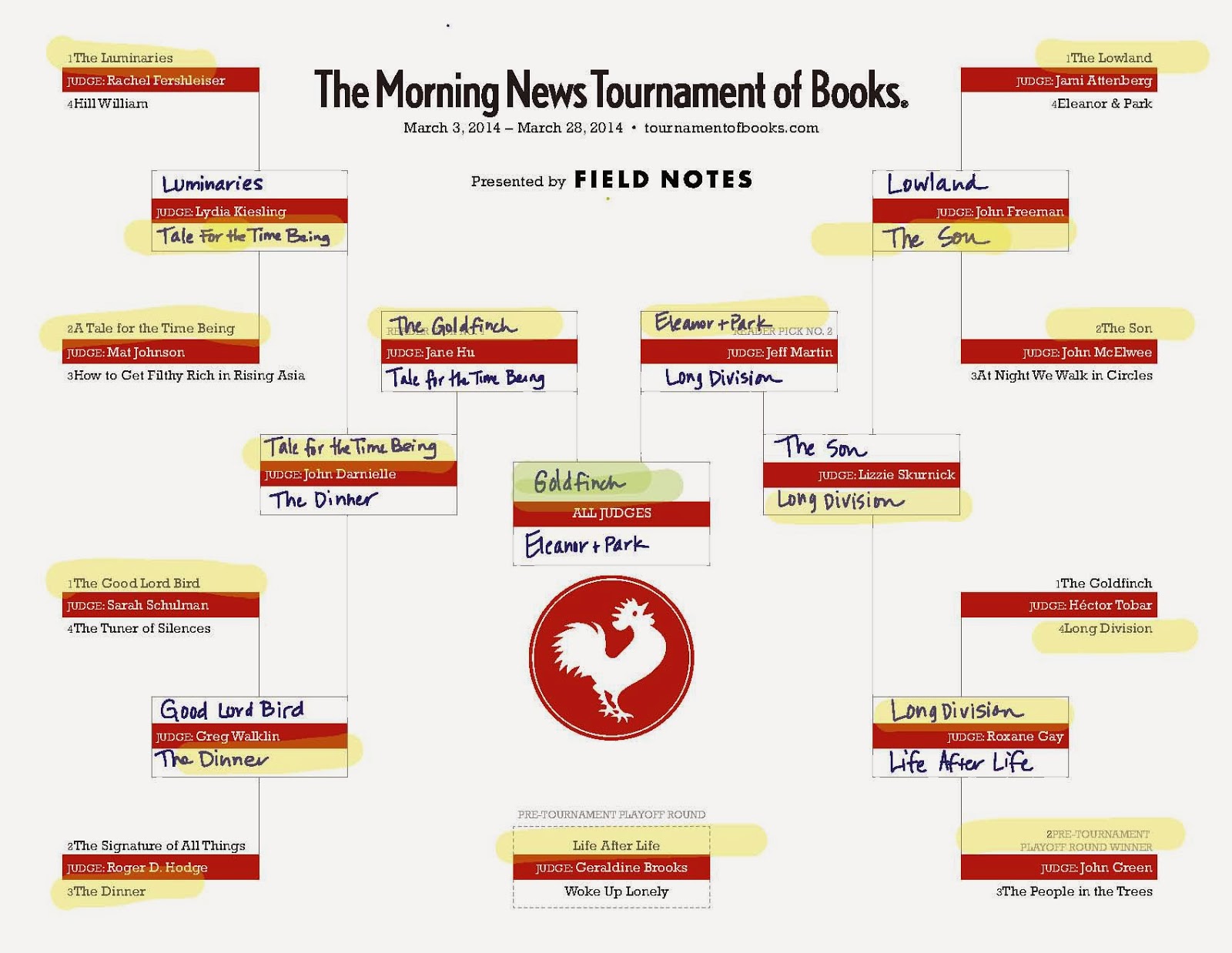 It's always so tricky, the brackets. I used to do brackets for who I thought *would* win, but that was sort of boring. Now, I have a weird hybrid method. I always pick who I *want* to win in the first round; then, I try to be more pragmatic about who *would* win in later match-ups. Ultimately, this is probably the worst strategy, but I'm sticking with it.

Did you vote for a Zombie? I chose Long Division. I'd have to say that at this point, Long Division and A Tale for the Time Being are probably my favorites. I'm hoping to read The Son before it's first round match up on March 13. Then, I'll see which books advance into the further rounds. Of the remaining books that I have yet to read, I'm most interested in The Luminaries.

I think the best news so far is that of all the first round match-ups, I have read at least one of the books. However, there also means there are only a few where I've read both of the first round books.